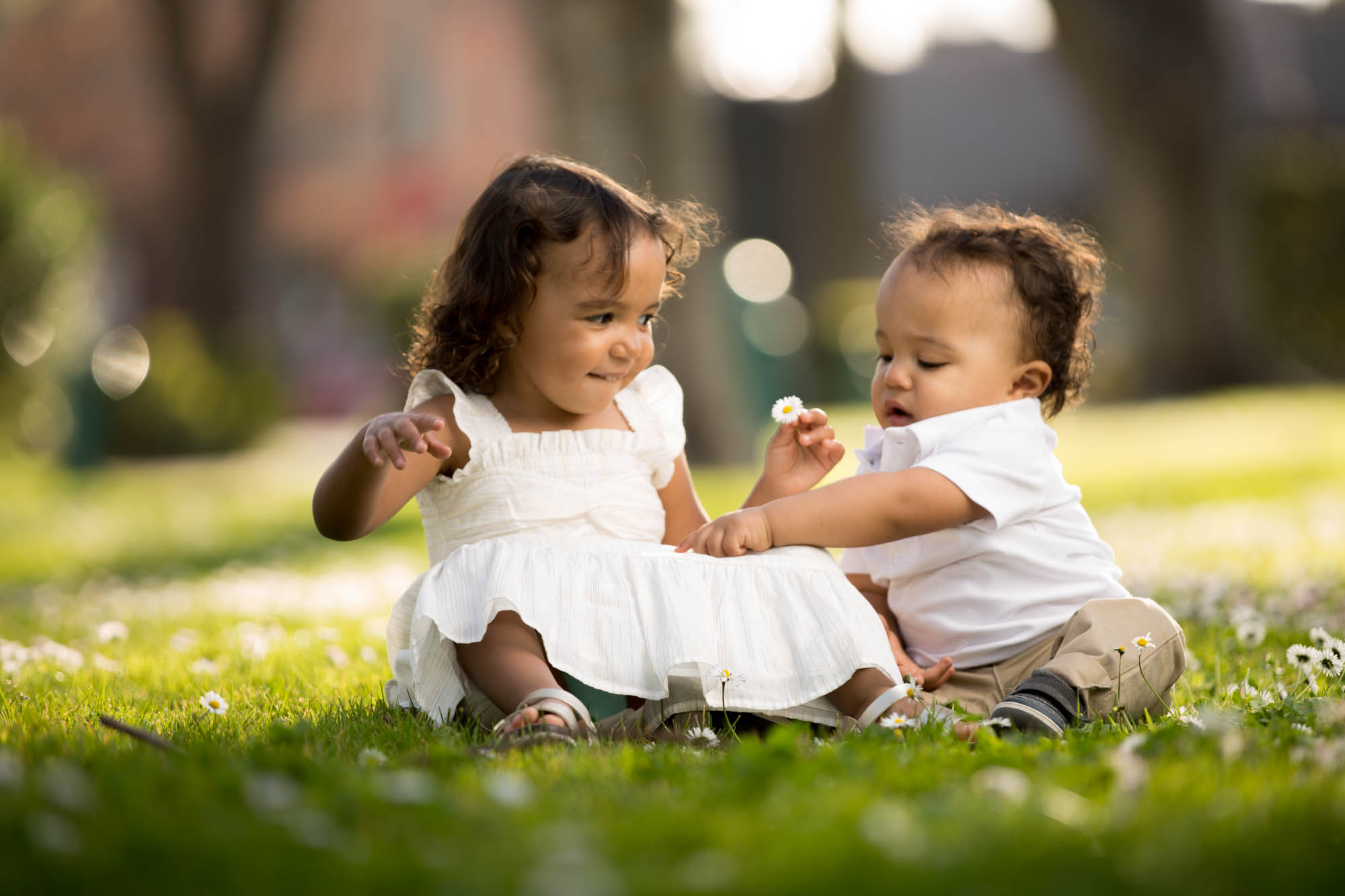 Earlier this month I learned that my sister Jenn and her family are moving away. I’m simultaneously sad that they won’t be living close by and excited for them as they take on this new chapter of their lives.

Although they aren’t moving cross country or anything drastic like that, they will still be far enough away that we won’t get to see each other nearly as often as we have been. So before she left, we made a point to get together and try and get some portraits of her kids Layla and Raheem who are now one and three.

As a photographer the idea of preserving precious memories is a cornerstone of the craft that is repeated ad nauseam on blogs everywhere. That said, it wasn’t until my wife and I had a son of our own that the full magnitude of just how little time you have to catch all those wonderful little memories actually is.

So my sister went and picked up some clothes for the kids and we made plans to head out to the Sonoma square where I’d proceed to wing it for some casual portraits until the hoard mutinied.

As it turns out the weather this year has been freakishly warm so everything started flowering very early this year. I noticed patches of daisies in the grass and thought it would make for the perfect place to plop the kids for a few well lit portraits.

I got a pretty decent string of images before the near by park became impossible for Layla to ignore ANY LONGER.

All of our kids were in fantastic moods and as cliche and stupid as it sounds I got to capture some candid shots from a day I’ll likely remember forever. My little Hayden has the dumbest looks on his face as he takes in every new experience. Watching him develop is pretty much the best thing ever.

My sister’s little boy Raheem is walking proficiently on his own now and even decided he was going to push the big boy bike around for a change. My sister calls Raheem her baby bulldozer as he has a tendency to crash his way though everything. I tell Jenn quite regularly that my goal in life right now is to get Hayden more fat than Raheem. It occurs to me that this is the only time in your life where being extra fat universally means you’re extra cute, but I digress.

Jenn’s daughter Layla is starting to develop her own opinions for sure, and is shaping up to be a rather exceptional little girl. Layla frankly doesn’t have any excuse not to be awesome though because Jenn is pretty kick ass at the mom-ing stuff.

I’m going to miss all of these humans a lot, and I’m super grateful I made the time to capture these portraits before they left. This one sure was a bitter sweet one for me.

Have Some Creatures of your Own?

I’ve had a lot of requests for kids portraits ever since I started posting pictures of my son last year. It’s been a wild ride for sure and I’m rather enjoying the process of creating his 1st year album. If you’d like me to capture pictures of your creature(s) feel free to get in touch and I’d be happy to talk with you about what you have in mind 🙂