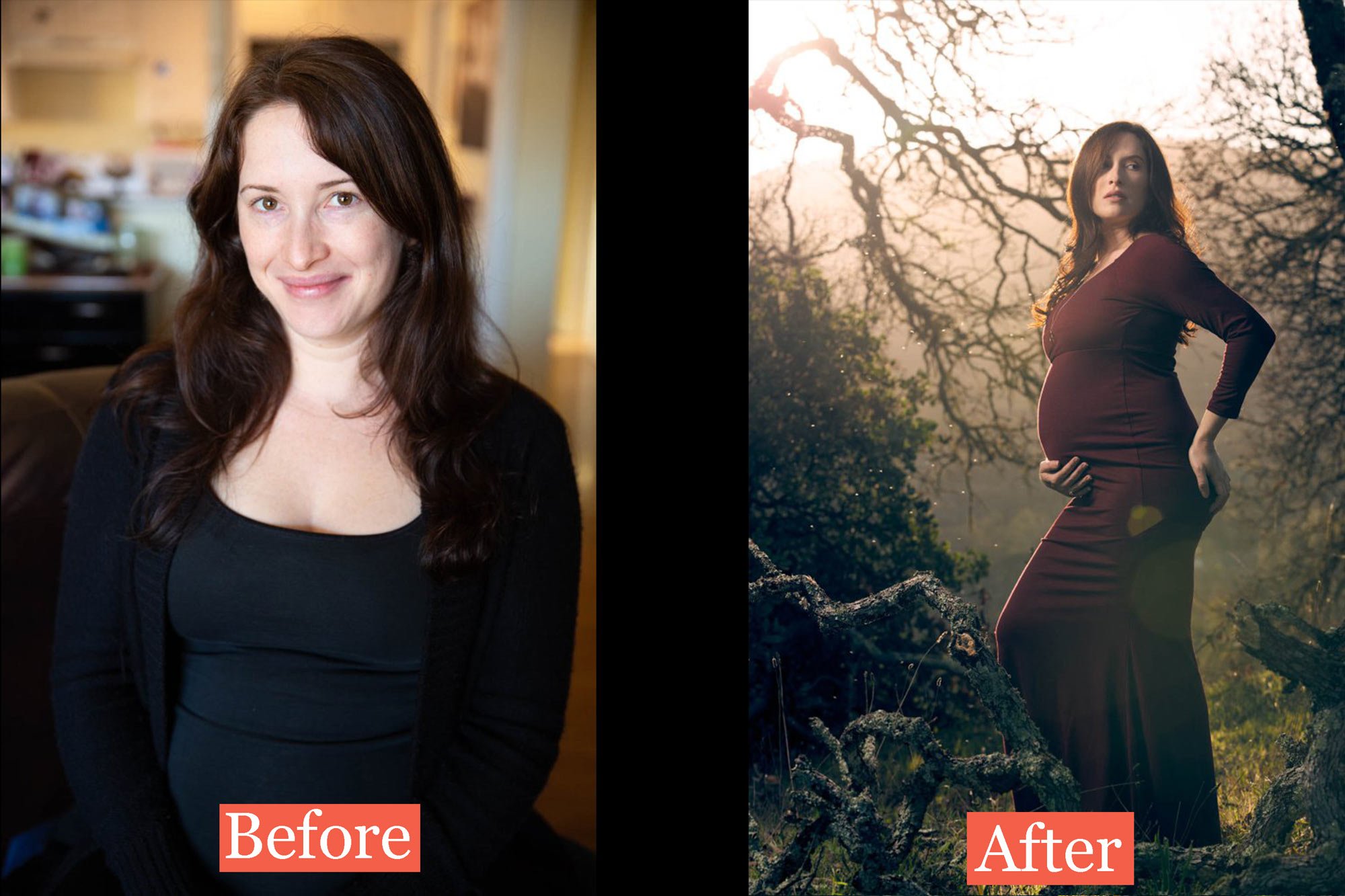 One of my favorite things to do is photograph my family for significant life events. Today’s post features my cousin Abbey’s maternity photo shoot I did for her. I love doing these sessions because I feel a little extra pressure to do the best thing I can so I won’t hate these pictures 20 years from now.

We got together to talk about her photo shoot and set up a loose plan to photograph her in a rural setting with some full length dresses. We kept in touch about wardrobe via text. I suggested she get plain color long sleeve dresses in black, white and red. Black and white tend to go with everything and I thought red would look extra awesome for where I wanted to take her. 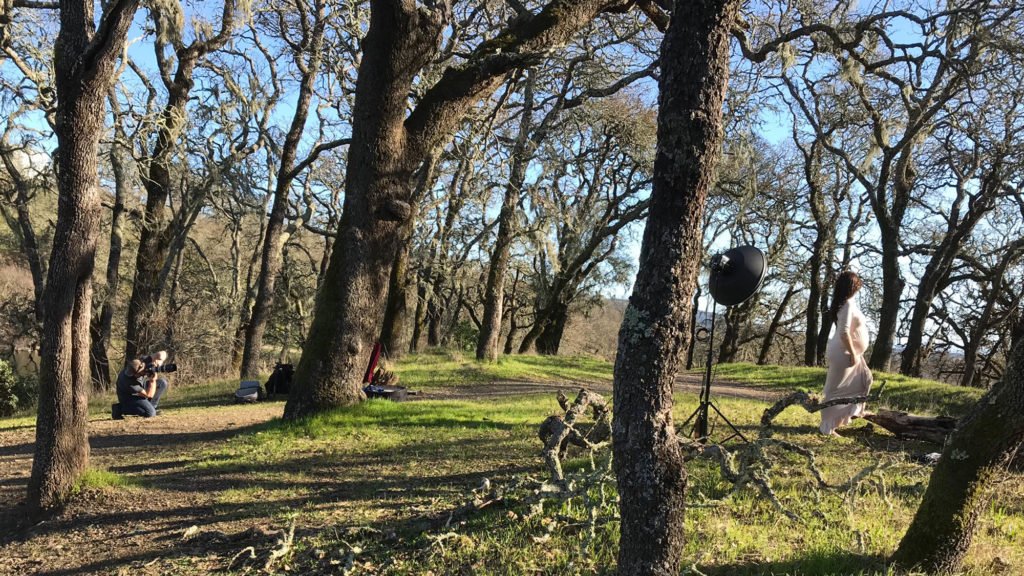 Abbey wasn’t afraid to do a little walking so I thought the reservoir near my place, would be perfect for her. We had to reschedule her photo shoot to dodge a rain storm, but the day we ended up doing her photo shoot was exactly the light I was hoping for. The super low January sun provided that intense, angelic back lighting that I’m very fond of.

Abbey’s fiance Rob came along with us so we could mix in some couples portraits for both of them. He brought his ipad along with him and captured a bunch of great behind the scenes shots when I was photographing Abbey solo. Rob has some serious fly on the wall skills! I didn’t know he took most of these until he sent them to me later.

Once I felt we got some great maternity portraits for Abbey in her white dress, I had her change into her black dress. I thought the darker tone of her dress would compliment the colors of Rob’s pants and shirt nicely. The white dress she was wearing would have divided them with contrast, which I think would have been a mistake for these photos.

It was really important to me to do my best to exceed Abbey’s expectations for her pregnancy photo shoot. I had her change outfits one last time into her red dress as the sun got really low and hovered just over the top of the mountain range.

This was going to be the best light of the day for this area and I loved the way her red dress played off her features and the location. I captured all the lens flairs in camera as I didn’t want to add any of those effects in post and risk a dated look I’d hate later.

Also note how the strong back lighting illuminated all the bugs around her and illuminated the atmosphere in the sky. I see people add these elements all the time in photo shop. I didn’t want to do that because the final images never look as good as when you capture all of these features in camera.

The bay area location we chose for Abbey’s maternity photo shoot was in the Sonoma valley. This meant that when the sun fell behind the Sonoma mountain range, we still had a pretty significant amount of light left before the sun fell below the horizon on the other side of the range.

I took this opportunity to change locations and approach. I knew that since the sun was now behind the mountain range the ambient light quality would change dramatically from full harsh sun, to very soft open light. This is because the main light source now came primarily from the sky like a giant soft box rather than from the sun itself. The color temperature would also change significantly from very orange to more magenta and quickly again to blue.

I changed lenses to my Canon 85mm F1.4 and captured some wide open, shallow depth of field shots on a metal pier that extends out over the reservoir. These images were naturally going to have a lot less shadow and be more ethereal looking having been captured with this lens wide open at f1.4. The difference in style from the previous images I thought would add some nice variety to Abbey’s overall set.

If you’re looking for a maternity photographer in the bay area and loved the style of this photo shoot, feel free to contact me and I’d be happy to set up a date so we can discuss your intended session.

Also if you aren’t a regular follower of mine, you might also like to know that I am most known for my work as a boudoir photographer. If you’d prefer capturing more of your body during your pregnancy, feel to check out my boudoir portfolio in the above link to see if my style resonates with your vision.

Hair and makeup for Abbey’s session provided by Ducky Suboreau

How To Look Good In Pictures: The 6 things you can do to get better photos