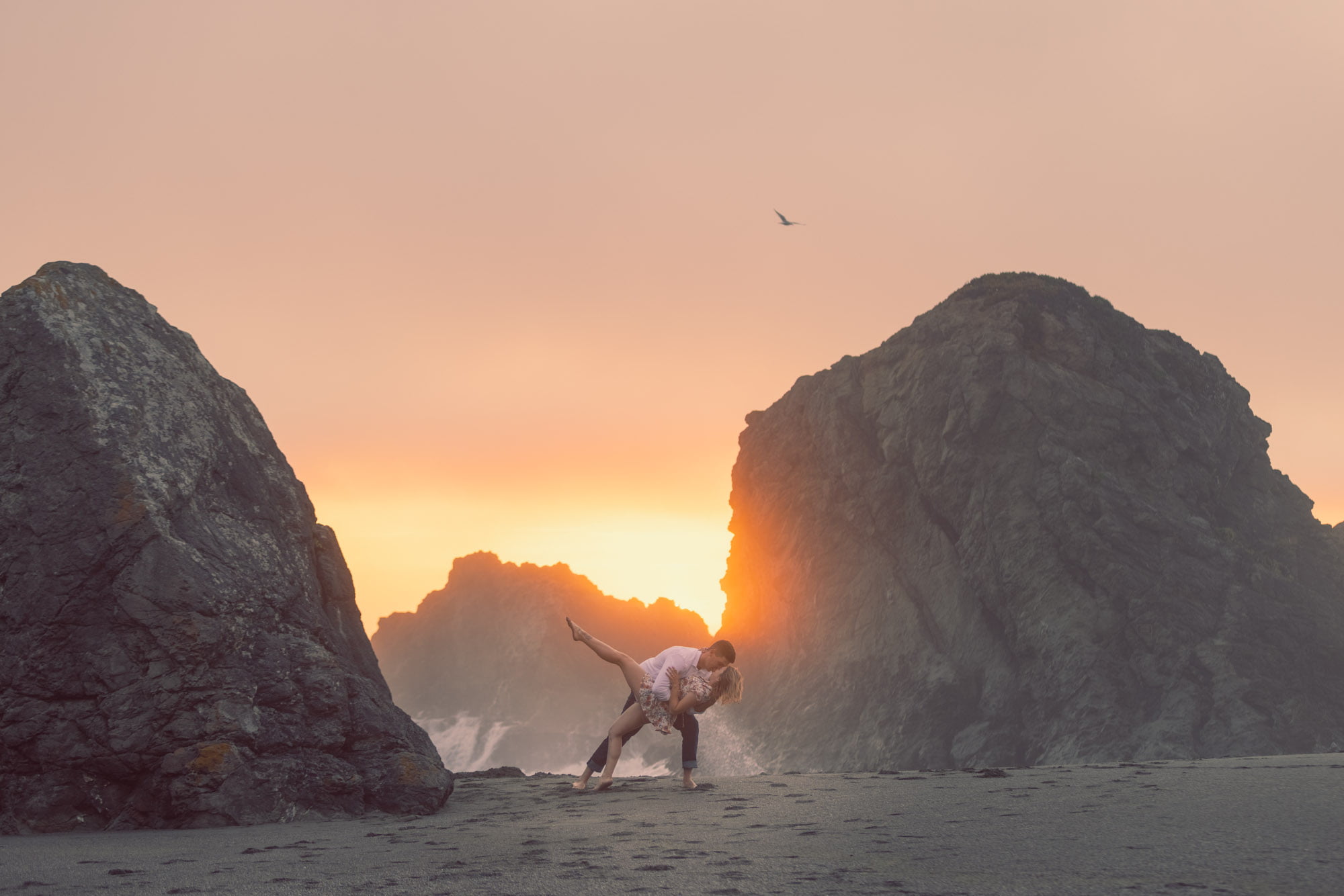 Todays Bodega Bay engagement photos feature my sister Aimee and her Fiancé Max. Now Max being the crafty bastard he is, scheduled this “portrait session” for the two of them before they recently went off to Hawaii. In Hawaii he proposed to her after jumping out of an airplane.

This was a dream proposal for my sister who enthusiastically said yes! After they got home and began exploring options for their wedding, both of them quickly realized the overwhelming experience that wedding planning is. Their first taste of this was deciding where they should have their engagement photos captured.

At first, we settled on doing their photos in the oak forests around where I live in Sonoma. After seeing some of my recent portraits there though, I could tell that they didn’t like the spooky vibe dormant oaks give in the winter. Fair enough.

So instead,  I decided while she was having her makeup done that we were going to change plans and do their photo shoot somewhere else.

Now although I tell all of my clients to not get too attached to an aesthetic (especially from your pinterest board), I had a handful of ideas I thought they might like better.

I suggested that we start at a location near where I used to live in Occidental called the “Grove of the Old Trees.” After that I thought we could go out Coleman Valley Road and get epic overlooking landscape shots of the two of them on the hills above Jenner. I’ve been dying to photograph a couple on those hills.

After that it would be a short drive down to the Bodega coast line where we could capture the rest of the engagement photos. 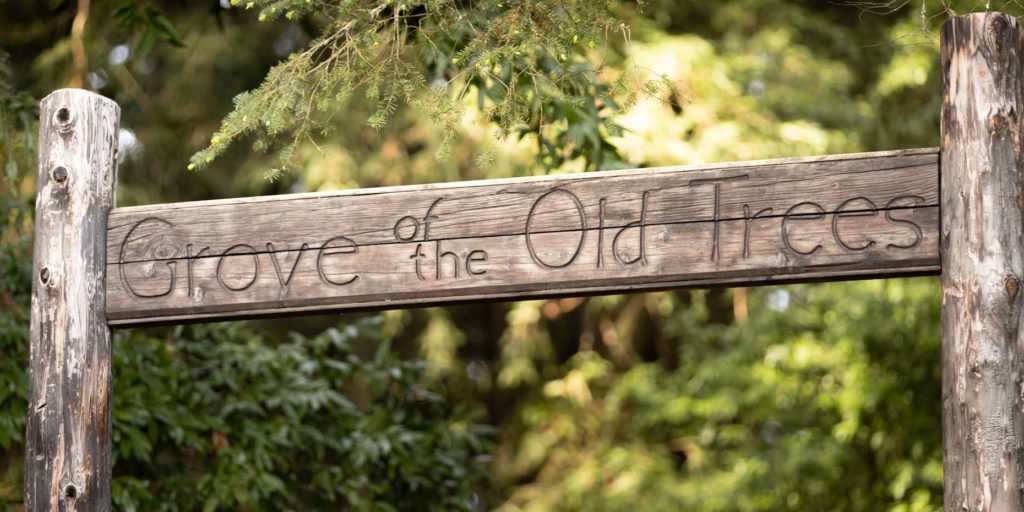 When we got there, the sun was just breaking though the clouds and gave us some good strong light to play with. I posed them in and around the pockets of light I found throughout the grove as they appeared through the canopy.

A few hours from sunset, I decided we should start heading to the coast to make sure we had plenty of time to work as the sun went down. As we started getting closer to Bodega Bay, the fog got very thick. Like less then 100 yards of visibility thick. This killed my grand overlook shot idea.

I could tell my sister was bummed, but grateful we got a few good shots in the forest. I reminded her to again let go of what she wanted her photos to look like and instead, wander down to the ocean anyway and see what kind of opportunities we could find!

I thought Duncan’s landing would make a nice scenic spot with easy access to world class beaches and overlooks. Drawing from my extensive experience in this area, I knew that the weather out here could change dramatically in a short amount of time, so I just stared looking for things we could do.

Of course it didn’t take long before the fog cleared completely to reveal some pretty great lighting opportunities and a fantastic sunset. After all the uncertainty, the conditions actually turned out to be pretty epic especially at the climax of the sunset.

For engagement photos, my favorite way to view the final images is in an album. The following are the photos you saw above, arranged into Max and Aimee’s final album design. Hope you like the way it came out as much as we do!

If you’d like to inquire about a couples photo shoot, you can get in touch with me here. Thanks for reading and don’t forget to let me know what you think of this set down in the comments!

How To Look Good In Pictures: The 6 things you can do to get better photos

Tips to get photos like I show, and other things you can do to make your wedding day more enjoyable.

Tips to get photos like you see on this page and other things you can do to make your wedding day more enjoyable.