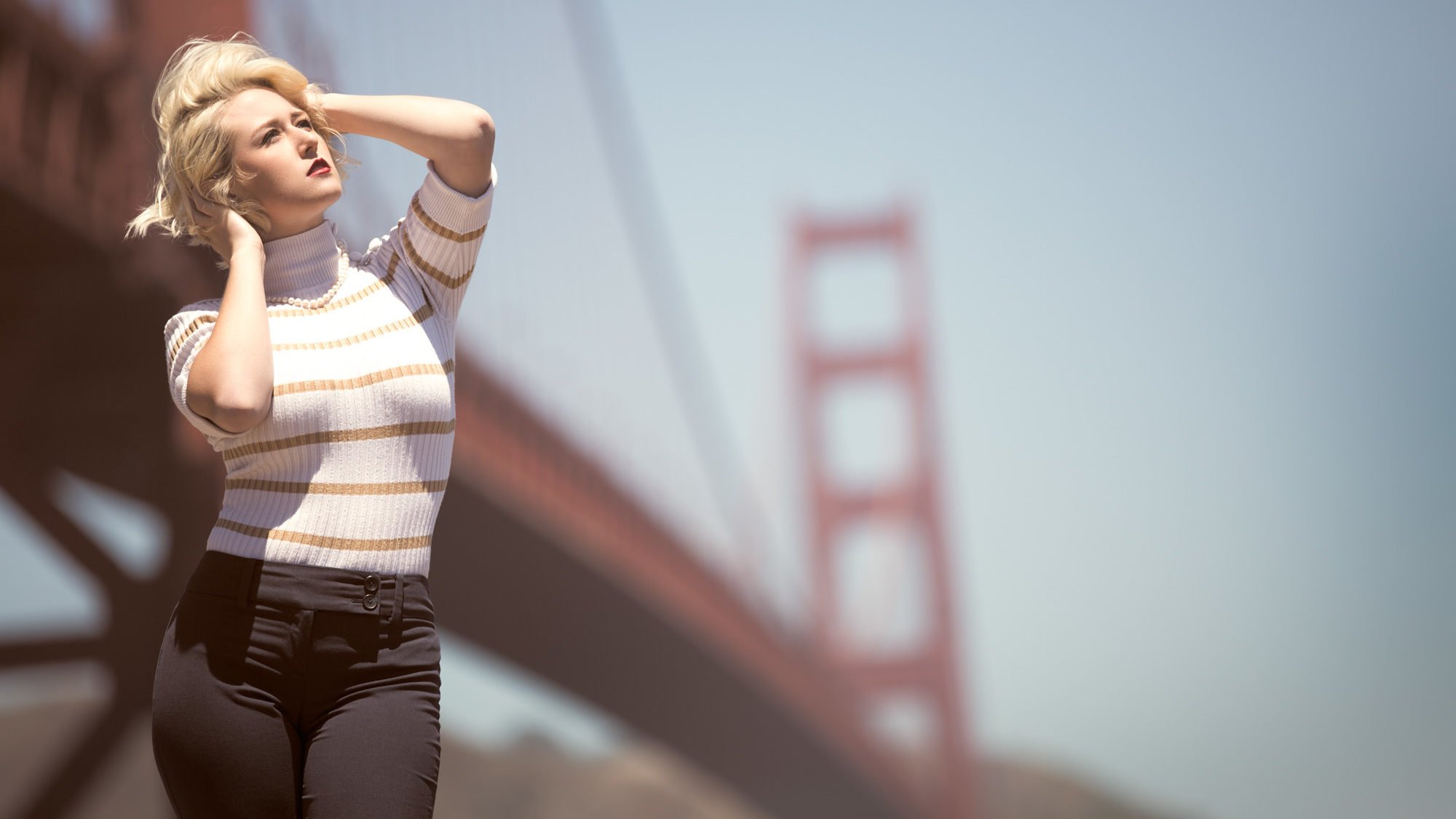 Ever since the first time I stepped inside Fort Point I knew I would eventually do a portrait session here. Spend just a few minutes inside and you’ll see why San Francisco Portrait photographers all consider this a premiere location. It’s a literal treasure trove of amazing light patterns and dynamic backdrops.

The architecture casts dramatic shadows on cloudless days and offers countless soft light possibilities. My photography has a very cinematic noir style to it and if one knows where to look, this place is like a gift from the heavens.

Executing beautiful photographs at this place was actually the easy part in my mind. Spend an hour walking around the place and you will surely count dozens of photographers taking pictures in and of this amazing place. You will see engagement sessions, landscape photographers and general hobbyists all enjoying all that is amazing about this place.

When Meg and I arrived at the fort, we were stopped immediately at the front gate by the ranger eye balling my pelican camera case. The ranger first asked us if we’d be taking pictures. When I told him we would be, he very kindly informed me of the fort rules. No tripods and lighting can be used inside the fort, was basically the footnotes version. I said no problem planning on shooting the entire set with available light only. I call these shoots MacGyver shoots because I go into them thinking of myself as if MacGyver were a photographer and everything around me could be used to create an epic shot.

As it happens on the day of our shoot there wasn’t a cloud in the sky so we would be working with direct full sun. For those that don’t know, full sun at high noon is something most photographers avoid like the plague. Simply put, full sun is the most unforgivable light source I can think of to pose a person into. literally an inch in either direction with the model’s head or body will make or break the lighting on a shot. Full sun is very harsh hard light, which I knew was going to be an amazing thing with Meg. Hard light has the ability to chisel features and sculpt the face and body like no other light in the right hands. It also has the fierce reputation of being very difficult to work with.

Meg and I could do no wrong, and on this day we were unstoppable walking away with wow shot after wow shot.

This is about the time a ranger came to check on us to make sure we were following the rules. Apparently posing a model was a no no in his eyes and we were promptly told that we needed a permit to do what we were doing. Hmmmm so I can shoot an engagement session here with people, but I can’t shoot a person if I pose them to make them look better. Sounds logical to me (commence eye roll). That’s about the time I told him we were leaving, but first we took a quick detour on our way out to get the shot of Meg under the golden gate.

Leaving the fort with what I already knew would be a pretty compelling set, I knew Meg and I still had too much left to do, and our day wasn’t going to be cut short by ranger Rick on his little power trip. So we decided to take a trip up the road to the Legion of Honor museum.

Seizing the moment at the time of day most photographers wouldn’t dare to shoot, we made short work of full sun portraits at high noon. As a photographer it’s easy to get caught up in the marketing and lusting over a new strobe. The bottom line is though, that in practiced hands and with a very minimal amount of gear, amazing portraits are not only possible they are down right inevitable.

Church of the Incarnation Wedding